This is a resume of Yoyo’s website in English

Yoyo’s life is dedicated to healing, spiritual unfolding, non-duality and the emerging of unconditional love.

She sometimes calls herself ‘a midwife for the second birth’ and works live and online both with individuals and groups.

In her Humanifold school for the Art of living she facilitates (online) counseling, evenings, workshops, courses and retreats for body awareness, emotional integration, mind management, and spiritual wakening.  The next retreat, ‘Freedom is Within’, is from June 3-12 in Quinta Braz in the Portugese Algarve. For information and booking mail to [email protected] or call T+31 6 22492501he

For an overview of her life and work, see: I AM SEPTEMBER 2021 – CHANGE YOYO

Yoyo was born in the ‘hunger winter’ of 1944 in Amsterdam. Her grandparents having emigrated to the East Indies – a Dutch colony at the time – to escape  World War 1, both her parents were born and raised in a culture where Christians, Buddhists, Hindus, Muslims and tribes with indigenous religions lived side by side.

Shortly after they met on the boat from the Indies to The Netherlands for a visit to their motherland, World War II broke out
and they found themselves trapped in ‘Holland’.

They married and had four children, Yoyo being the eldest. By 1950, when Yoyo was 6 years old, their marriage stalled and they divorced, never to see each other again.

This background formed the basis for Yoyo’s calling later in life: bridging seemingly irreconcilable opposites. Both internally and externally.

Having initially dedicated her life to the Arts she started her spiritual journey in 1979 with the Indian non-duality teacher Osho Rajneesh. Shortly after she had spent seven weeks in his ashram she won a first prize for European painting. She then began teaching painting, drama and massage and studying deep therapeutic bodywork, emotional integration and mind-shifting.

Towards the turn of the century she started the Humanifold School for the Art of Living, in which she could combine her skills and experience and develop into the non-duality teacher that she now is. Here people come to heal their bodies, integrate emotions, shift their mind-set, meditate, develop their talents and awaken to who they truly are.

Here are the links to her latest videos:

Yoyo about Corona and Man
One of her students about Yoyo 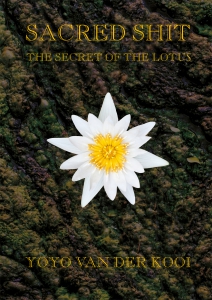 SACRED SHIT – The Secret of the Lotus

This is the story of Yoyo’s life and work.

The English translation has taken eight years to manifest and has just been completed. The e-book will be launched in October 2021. The pre-sale will open soon. To stay connected, subscribe to our newsletter by clicking the button below and receive Yoyo’s poem ‘A Thousand Times’.